What Does Success Look Like to You? – Albert Boufarah

Albert Boufarah is an entrepreneur and multiple business owner from Freehold, NJ. After starting his first two companies in early adulthood (one dealing with traditional waste management and the other dealing with tree and yard waste disposal) he gained quick success, establishing himself as a major player in New Jersey’s notoriously competitive waste disposal industry. Later, as he learned more about climate change and other looming environmental issues, Albert turned his attention toward finding green solutions to electronic waste (e-waste) recycling.

Around the year 2000, Albert Boufarah established SAMR Inc. to advance his vision of a large-scale, eco-friendly e-waste & computer recycling company and to do his part to help the planet. SAMR Inc.

specializes in properly recycling the electronic devices that have become more commonplace in our lives over the last few decades, while extracting the rare and valuable components that they contain for the purpose of manufacturing new electronic devices.

In this capacity, SAMR Inc does its part to minimize the need for electronics producers to mine the earth for certain minerals and elements, such as gold, indium, and neodymium. The company also has a state-of-the-art information security division whose sole purpose is to safeguard the personal and proprietary data contained on the devices it recycles.

In the twenty plus years since its founding, SAMR Inc. has surpassed Albert Boufarah’s expectations in the areas of positive ecological and social impact, as well as industry success and profitability.

Although he technically has many jobs across his portfolio of companies, Albert considers his position as the CEO of SAMR as his primary professional role.

Aside from hard work, dedication, and thinking long-term, I believe I achieved success by identifying a niche in the waste disposal industry. To be quite frank, I started applying the principles of environmentalism to waste disposal before almost anybody— way back in the 1980s & 1990s. A lot of people were set in their ways when I started emphasizing a focus on improving our surroundings back then. But eventually the science became undeniable, the economics of being wasteful became untenable, and the rest of the industry caught up with me. I believe that with SAMR Inc., we’ve created a model for the industry to follow by proving that you can place equal importance on making the world a better place & running a successful business.

I suppose the main one would be skepticism and resistance to change. When I founded SAMR Inc., the big dogs in waste disposal couldn’t fathom why anyone would want to recycle electronics.

They thought it was more cost effective to simply dump everything in a landfill and be done with it. That kind of thinking is inherent in almost every industry. Before things change for the better, there’s always a period of time where the old guard casts doubt on the change agent and their new methods. 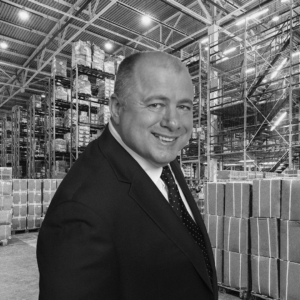 Look at the automotive companies for an example: It was only twenty or thirty years ago that they were incredulous about the concept of electric cars. But slowly, as more and more studies on climate change were published and public opinion began to shift, they started dabbling in hybrids. Then Tesla came along and just exploded in popularity. There are waiting lists for its new models—the car-buying public can’t wait to give them their money! So, what happened next? Predictably, Ford, GM, Toyota and all the others started tripping over themselves to emulate that success.

I think the idea of a waste-free society is something that humanity should strive to achieve. Although I’m sure it won’t be accomplished in my lifetime, I would like to think that my kids will live to see it, or some close approximation of it. That ideal more than anything is what keeps me working hard to improve SAMR Inc., and the company is definitely having a positive impact on that front.

For the last two or three decades, I’ve watched the waste disposal industry change for the better, and SAMR Inc. has always been at the forefront of it. We’re always investing in new techniques and adopting new technologies & practices designed to ease the stress on the environment, and it has the added benefit of reducing our overhead and increasing our income as time goes by. It’s not immediate by any means, but after a few years, it is rewarding & beneficial in a multitude of ways – simply put, it’s the right thing to do. Now, I’m not saying that other electronics & TV recycling companies are changing their business practices entirely because of us, but I’m sure they see our success and want to replicate it for themselves.

The measure of success that matters to me is knowing that we’ve made great strides in accomplishing what I set out to do when I started SAMR Inc.: making progress toward improving the environment and attaining a better future for our planet. This is what keeps me going and convinces me to go out and give my all each & every day.

If you think you have a good idea, don’t keep it to yourself. Put it into action. Start the wheels turning. The best idea in the world doesn’t mean a blessed thing if nothing is ever done to enact it. I know some incredibly successful people who have only ever had one good idea in their entire lives, but have nevertheless built business empires and amassed fortunes on the strength of it. How did they do that? They made sure that their one good idea did not lie fallow, but was rather developed as completely as possible. By the same token, there are people out there who have had dozens of brilliant ideas but have done nothing with them. The tragedy is, that’s not only their loss, but everyone’s loss. It is, in fact, wasteful. And as is evident by my chosen profession, I know waste when I see it.