What Does Success Look Like to You? — Caspar Chou 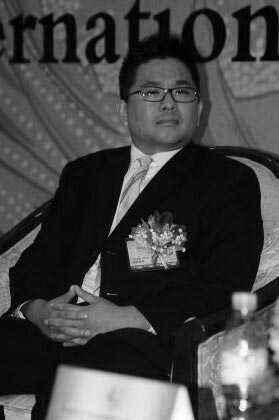 Caspar Chou is the Vice-President of Investments at Pacific Plaza Premier Group, a property development firm headquartered in Los Angeles, California. As an investment executive at a large real estate development concern, Caspar spends his workdays identifying locations across the United States that are likely to experience growth and investing in real estate assets that maximize profits for his company. His current focus is overseeing mixed-use, industrial, and retail property developments located in the San Gabriel Valley, as well as overseeing real estate investments in Texas.

In addition to his role at Pacific Plaza Premier Group, Caspar Chou is also a lifelong entrepreneur, following in the footsteps of his father, who owned and operated his own successful real estate business for many years. Upon graduating from college in 1996, Caspar founded his first company which achieved quick success. Only two years later, he created another company, which also found a profitable niche in the digital communications industry.

After some time passed, however, Caspar Chou became eager to seek out new challenges. He decided to switch industries and apply his professional skill set to real estate development, in part as a tribute to his father. He started out as a real estate agent, developing marketing strategies and crafting customer outreach programs that generated over $150 million in residential and commercial property sales. Hot off the success of this endeavor, Caspar joined the Green Tree Inn Hotel Management Group based out of Shanghai, China as their Vice-President of Corporate Finance in 2007. Three years later, he accepted his current position at Pacific Plaza Premier Group. In the execution of his duties, he handles upwards of $100 million in property acquisitions each year.

Besides the obvious answer of years of hard work mixed with a healthy dose of networking and a dash of good timing and luck, I would have to say that learning the lessons imparted by my family, specifically my father, contributed to my success in a big way. He ran his own real estate company for a long time, and when I was growing up, he’d take the time to teach me about the important elements of business ownership—things like accounting, how to handle clients, and what qualities to look for when hiring new staff. When I founded my first business, I was pretty young. In fact, it was directly after I graduated from college. Many businesses created by people in their early 20’s tend to fail. To be honest, if it weren’t for all the things my father taught me, my first venture might’ve turned out quite differently, as well. It was also great to have him as a resource. Whenever I had a situation with the company that was causing me some consternation, I would call him up and ask for his advice.

Oh, by leaps and bounds! In the very beginning, I considered just staying afloat and keeping the business viable to be a success. Later, as we became more profitable—which, thankfully, only took a few months—my definition of success became growing the enterprise and increasing our client base. As the company stabilized, and I even formed a second company, my definition of success broadened to include my personal wealth. I wanted to buy a house, a specific car, and things like that. I thought that once I had those things, I could consider myself success. Now, many years and two successful companies later, after having achieved all those goals, my definition of success has now evolved to be more oriented around professional reputation. These days, I view the biggest indication of my success as having a sterling reputation in my chosen field. As long as my colleagues and peers acknowledge that I am professional, efficient, accountable, and most importantly, very good at what I do, I view myself as successful. And I believe that is the case.

More than I can count. I’ve encountered challenges that range from cutthroat competition from other companies when I owned my own business to parties who negotiated deals in bad faith when I entered the world of corporate real estate development. There are always challenges and obstacles. That cannot be controlled. What I’ve learned over the years, though, is that my responses to them can be controlled. I’ve found that the key to overcoming obstacles, no matter their nature, is simply enduring them as calmly and intelligently as I can, all the while learning what lessons they have to teach me. That way, should a similar situation arise in the future, I’ll be better equipped to deal with it.

I don’t know if I can put it into words exactly. I feel compelled to succeed at whatever it is I’m working on. From as far back as I can remember, I’ve always been like this. I think it’s an inherent character trait that will never leave me. I think it’s built in.

In one word? Accomplishment. The sense of having done something worthwhile with my time and efforts. This is an especially pronounced feeling in real estate development, because, generally speaking, if I am successful with a project, there is a new subdivision or a factory or a commercial complex built after all is said and done. And those buildings could last for a hundred years, potentially providing housing and workplaces for thousands of people during the course of their lifespans. That’s quite a unique and satisfying feeling.

Find an intelligent and good-hearted mentor, observe how they conduct themselves, and ask them as many questions as possible. Avail yourself of the knowledge and wisdom of others who have gone before you. Though my current position is in property development and investment, this advice applies equally well to budding entrepreneurs. Actually, I would imagine that it applies to virtually any industry.