What Does Success Look Like to You? — James Assali 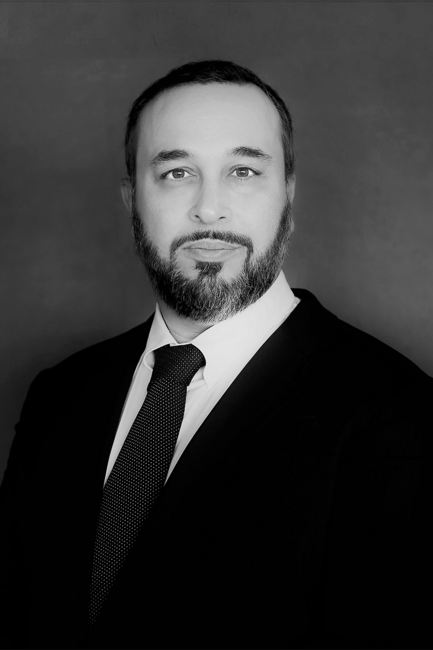 James Assali is the creator of multiple businesses, notably FIMAC, one of the world’s largest digital marketing and branding companies.

Born in 1974 in Manchester, New Hampshire, James hopped on a bus and moved to California with nothing more than a backpack full of supplies when he was 13 years old. As a young man, he worked diligently to complete his scholastic career and, upon entering the working world, immediately found a niche in finance. He worked hard, eventually becoming the CEO of Meridian Financial Corporation, a prominent financial company.

However, in 2008, James was diagnosed with the stress-related nerve disorder Spasmodic Dysphonia, which caused him to lose the ability to speak. Unable to manage the company in such a condition, operations were left to the president and the team of executives. When this occurred, Meridian Financial Corporation began to fail almost immediately, and eventually ceased operations with the blame falling on James. However, after regulatory agencies investigated the situation, James Assali was cleared of all wrongdoing, but it was still a devastating development for him, as years of his hard work was completely lost. After recovering from intense open throat surgery followed by years of recovery, James Assali began to regain his voice. Unfortunately, he will be partially disabled for life. Despite this fact, he has long since regained his entrepreneurial spirit and summoned the strength of will to create several new companies. As such, James is currently the owner and CEO of multiple firms.

James Assali is blessed to be supported by his wonderful wife Stephanie, as well as their five children. In his spare time, he is active in youth sports, dedicating a portion of his time each week to coaching AYSO soccer, as well as baseball in the Irvine Pony League. As a philanthropist and devout Christian, he contributes to many charitable organizations, with his strongest support directed towards foundations supporting Spasmodic Dysphonia, Epilepsy, and abused women and children.

A theme running throughout my life has been overcoming adversity. I think I owe a lot of my success to adopting a mentality designed to thrive under less-than-ideal conditions. It has made me resilient, it has made me tough, and it has been present within me for so long that I can’t even remember a time when it wasn’t there. Beyond that, of course, there are elements of careful planning, effective networking, hard work, and even a bit of luck that can be credited in my achievement of success.

I remember when I was named CEO of Meridian Financial Corporation, I thought I had finally done everything that I’d set out to do in my career. After all, that was the big time. I was the chief executive officer! There was no employee above me in the entire organization. Even though that situation ended unpleasantly, at the time, I thought that was tantamount to success.

However, as time passed and I began to create my own companies, I renewed my definition of success to include putting a thriving endeavor together entirely from scratch. That brings with it a special kind of feeling of fulfillment and pride, I think because it requires so much more forethought and hard work.

Outside of business, one of my newer definitions of success comes courtesy of my children. I coach them in youth sports, in part because I love spending time with them, but also in part because they’re undeniably very talented. Every time one of my kids is named to an all-star team or one of their teams wins a tournament or a championship, I feel successful in a special way. First, because we’ve bonded, and second because they have not only survived the crucible of athletic competition, but thrived in it! I feel successful as a parent when that happens, and it is, truthfully, fairly often.

One of the first major obstacles I experienced in life had to do with a choice that I made when I was 13 years old. Although I was born and raised in New Hampshire, I decided for reasons of my own that the best move I could make would be to buy a ticket on a bus to California and live there. So, I filled a backpack with the bare essentials, and did. exactly that. Despite the fact that doing so created a lot of obstacles for me, I still feel that I made the correct decision.

Another obstacle I faced more recently was medical in nature. About 14 years ago, I was diagnosed with a fairly rare, stress-related nerve disorder. It’s called Spasmodic Dysphonia, and I totally lost the ability to speak for a while because of it. This condition caused a few different obstacles in my life. There was the disorder itself, which was unpleasant enough to say the least, but on top of that, it severely hindered my career. As you might imagine, it’s rather difficult to run a large company without the power of speech. However, with the aid of some surgery and lots of recovery time, I have largely overcome Spasmodic Dysphonia, as well. I’ll be partially disabled for life—there’s no way around that—but I can now conduct my life largely as I did before contracting the condition.

Aside from providing a good life for my beautiful wife and five wonderful children, the main thing that drives me to succeed is a sort of innate entrepreneurial spirit. I’m one of those people who takes pride in never being defeated—by which I mean in spirit. Don’t misunderstand me; I’ve experienced challenges and setbacks just like every other person, but I’ve always found a way to learn from them and move beyond them. I will always keep trying, no matter what life throws at me. My spirit has never been defeated, and it never will be.

Success has meant stability, and the freedom to make the choices I want to make. For example, the success of my first company afforded me the ability to create a second company, and so on and so forth. Since then, I’ve founded numerous companies and overseen their operations, which has been gratifying, but the most important thing success has meant to me has been a good life for my family.

Be accountable for your own choices. Too many people don’t take responsibility for their own actions these days, and that’s a very perilous practice in the business world—as well as in life in general. It’s becoming noticeably pervasive in society, and I don’t think it bodes well. Frankly, it’s unbecoming behavior, especially in fully grown adults.