What Does Success Look Like to You? — James Novello

James Novello is a life and resiliency coach from San Francisco, California. He began his career as a volunteer for the local fire department while still in college, eventually joining the San Francisco Fire Department (SFFD) full-time after graduating. During his time with the SFFD, he responded to more than 25,000 emergencies of all varieties and descriptions, and earned many additional certifications to help with critical incident response. Unfortunately, after a number of severe, on-the-job injuries, James Novello had to confront the reality that he could no longer maintain the demands of being a full-time firefighter and paramedic until his planned retirement age, and he ultimately made the decision to leave his career as a first responder. However, on the way to making this decision, he learned a great deal about helping others in peer support programs while still with the SFFD. It was this work that eventually inspired him to seek out his new career as a life and resiliency coach. To this day, James Novello still lives and works in San Francisco, a city that he loves. 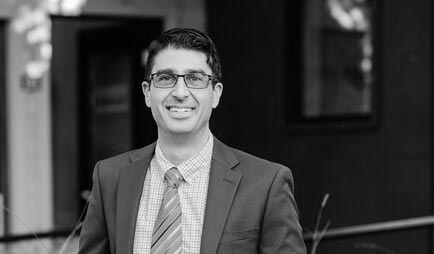 It’s been a slow process of aspiring to achieve certain goals, learning from experience, and relentlessly attempting to better myself. As a teenager and young adult, I harbored visions of a life filled with luxury and professional glory—and I think that’s relatively common. After all, that’s what advertisers and the media tell people that success is. At this point in my life, though, I have learned that the achievement of success is largely the happiness that comes from family, and that one of the most important components of it is maintaining a positive attitude. So, from my point of view, waking up each morning anticipating good things to come and manifesting positivity is how I achieve success. I also achieve success by boosting the mental health of my family and friends, as well as my clients.

As I alluded to in my first answer, my definition of success revolves less around social status and material wealth than it used to. Not that those things were ever my raison d’être, but I will admit, I considered them as factors when making certain life decisions in the past. That’s not really the case anymore. Now, my main considerations for a successful life are the safety, happiness, and mental health of my loved ones and myself. That is where true fulfillment lies.

I suppose the main obstacles I’ve overcome in my life had to do with the injuries I sustained during the course of my duties as a first responder. Without getting into specifics, a few separate on-the-job incidents caused me a great deal of pain and loss of movement in different parts of my body. As the number of these injuries increased, so did my pain and discomfort, and my ability to effectively do my job noticeably decreased—all of which was detrimental to my overall wellbeing. There was medication and physical therapy, but in retrospect, the part of me that needed the most attention was my career identity. Let’s just say that my recovery was something of a challenge in the physical sense, but has led to something better than I could ever have imagined. Luckily, I was reassigned to certain programs that the SFFD made available to its first responders which helped people recover from much bigger problems than mine. In fact, participating in those peer support programs is what led me to pursue my current profession as a life and resilience coach. So, even though they may have ended one career, those injuries of mine had a silver lining because they showed me a new path.

Seeing positive changes in the people I work with is about my favorite thing in the world. I love identifying someone’s problems and helping them move past them. It’s just as rewarding for me now as pulling a person out of a fire used to be when I was with SFFD. There is one major difference, though: As a first responder, you hardly ever see the long-term outcome for someone who you have saved or helped to escape from a blazing building. You get them out of danger and you give them medical assistance, but after that, you’re on to the next call. Maybe they suffered a lasting trauma from the incident, or maybe the whole episode made them embrace their mortality and take some risks they otherwise might never have considered—you just don’t know how their life turned out afterwards. As a life coach, however, you help someone from start to finish, you see the various stages they go through, you see the improvements in their life, and you guide them through everything in real time. It is very fulfilling work, and it is my primary motivation.

I believe that every single human being can benefit from practicing mindfulness. With mindfulness, the participant is in the moment and becomes incredibly aware of what they are sensing and feeling, but without judging or attempting to interpret these feelings and senses. This works toward the achievement of self-awareness. Distancing themselves from their feelings and thoughts can enable them to be objective while they process them. Awareness can be the first step toward breaking out negative thought patterns, allowing people to focus on the positive. Practicing mindfulness is a panacea. There is quite literally no downside to it.