What Does Success Look Like to You? — Vincent Marchetti 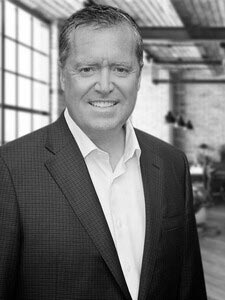 Vincent Marchetti was born in San Antonio, Texas on August 30, 1964. He attended Central Missouri State University (now called the University of Central Missouri) in Warrensburg, Missouri, where he earned a Bachelor’s degree in Business Administration. It is a point of pride for Vincent that he fully self-funded his college tuition by working in local restaurants over the summers, as well as working full-time during the school year at the university’s cafeteria.

Upon entering the professional world, Vincent started his career as a sales representative with Colgate Palmolive, responsible for supplying stores across four states. He was quickly made a Sales Trainer for newly hired personnel, and later promoted to National Account Manager.

In 1991, Vincent joined the healthcare industry. He first joined Medi-Tech, a small medical device company based out of Boston, Massachusetts, before accepting a role at Boston Scientific, a much larger firm listed on the Fortune 500. At Boston Scientific, Vincent was promoted to Field Sales Trainer and was made responsible for teaching hospital protocols, operating room protocols, medical ethics, company policies, and how to comply with all relevant government regulations. Vincent Marchetti was named Boston Scientific’s Sales Representative of the Year in 1994, the same year he redesigned the firm’s new hire training program, working in close proximity with the company’s president and in conjunction with the University of Virginia Medical Center. After Boston Scientific purchased a leading interventional cardiology company, Vincent transferred to create a new peripheral sales force. His efforts in this respect prompted the company to once again recognize him as Sales Representative of the Year.

At this point in his career, Vincent Marchetti began looking for exciting new challenges, and he accepted a position with a startup called Novoste based out of Phoenix, Arizona. Here, he would work closely with seven state nuclear regulators, the federal Nuclear Regulatory Commission, and the Food and Drug Administration (FDA). In 2002, Vincent was recruited by another startup called Lumend, whereupon he won Salesperson of the Year in his first year at the company, and was quickly promoted to the role of Clinical Account Manager in an expansion region and made the supervisor of twelve other sales representatives. From 2005-2013, Vincent held a variety of other high-ranking positions at several other medical industry startups, including Metronic, Entellus Medical, and Acelity, where he served as Regional Vice-President and managed 115 people.

In 2013, he decided to capitalize on his 35 years of experience and start his own medical distributorship with the goal of marketing independent product lines and eventually transcending the medical device industry and venturing into other markets. Some of the areas Vincent’s company operated in included in-office stem cell injections, ideal protein medical-based weight loss, pathology testing, hereditary cancer testing, women’s health testing, direct-to-consumer online pet prescriptions, and FDA-approved non-addictive alternatives to prescription pain medication.

These days, Vincent Marchetti lives in Coronado, California, where he is planning his next venture, a private home health business, with his wife, Lana.

As a father of two daughters, I’ve found that it’s important to be involved in your children’s lives in a non-intrusive way in order to give them viable advice and guidance so they make informed decisions in life.

For example, I didn’t know a thing about coaching softball or soccer, but I taught myself how to do that early on so I could be involved in my daughters’ favorite extracurricular activities. Those were interesting obstacles to overcome, and I was happy to do so because I think it’s really important for every parent to be involved in the lives of their kids. That way, you get to know their peer groups and their friends and their friends’ families much better. It’s not being a helicopter parent; it’s so that you can be there, listen, and act as a resource and better understand the challenges they face.

I’ve always had a sense of urgency when approaching my endeavors. It’s sort of an internal feeling that time will run out on whatever I’m trying to accomplish. It might otherwise be labeled as a fear of loss, I suppose. In my heart, I know that if I’m not successful, I’m going to struggle, and that has always motivated me.

My definition of success has become much bigger over time. Success is a long-term play for me. It doesn’t end when you earn a big promotion that you’ve been striving for, or when you’re awarded a significant salary raise, or when you sell your company for large sum of money. Rather, success is about the lasting legacy you leave behind—hopefully, one that will encourage like-minded people to deal with the same sort of obstacles you’ve already conquered.

I firmly believe that success is all about hard work. When you’re in sales, hard work, the ability to develop relationships, and being an expert in your products’ niches are the biggest drivers for success.

My advice is the following: Be adaptable, stay curious, and don’t be afraid to delegate. Also, deliberately build a progressive team, and focus on feedback from stakeholders, colleagues, and consumers. Anyone who genuinely follows these principles is bound to find success.